Boris Johnson will resign from the leadership of the British Conservative Party on Thursday and will try to retain control of the British Government until the election of his successor as Prime Minister. Downing Street keeps communication channels closed from early in the morning, while some fellow ranks of the still ‘premier’ begin to comment privately that “Johnson is already history.” The news closes a rapid crisis, lasting just 36 hours, but with the characteristics of a devastating hurricane that has been capable of bringing down a politician who has survived huge crises such as ‘partygate’, the challenge to the EU with its rejection of certain Brexit agreements or erratic management of the pandemic.

The weight of successive scandals has been greater than Boris Johnson’s efforts to stay in office. The British prime minister resigns overwhelmed by the chain of resignations from his cabinet, fifty in less than a day, and pressure from his own party, fed up with the ‘premier”s particular way of managing the government and fearful of the bill that the controversy can happen at the polls.

The latest upheaval, unleashed after nearly a week of lies and misinformation about the Conservative leader’s relationship with his political ally and alleged sexual predator, Chris Pincher, made it clear on Wednesday that it was too high a wall, even for this athlete. of political crises. Up to four ministers and almost fifty senior officials handed in their letters of resignation due to “lack of confidence” in the head of government. However, the worst, the factor that definitively marks Johnson’s exit door, has been the lack of spare parts, the impossibility of finding substitutes who would like to fill the vacancies left by the unemployed. It is then that Boris Johnson has realized that he is alone.

It is perfectly summed up by the behavior of Brandon Lewis, secretary of Northern Ireland, with whose retirement the Downing Street tenant had breakfast this Thursday. According to ‘The Times’, after a long conversation with the ‘premier’ in which he was unable to convince him to leave, Lewis left, but not before warning him: “I have given you, and those around you, the benefit of the doubt. We are, however, past the point of no return. I can’t sacrifice my personal integrity.” Other comments have been equally devastating. “The prime minister should resign as public and parliamentary trust is clearly gone, and given the importance of integrity in public life,” Technology Minister Chris Philp said. “Unfortunately, the Prime Minister has left us no other option,” said Pensions Minister Guy Opperman.

Johnson will remain at Downing Street until the leadership change in the fall, according to the BBC. Before the electoral process will be processed to elect the next prime minister, with a first screening within the parliamentary group and the opportunity after the ‘tories’ affiliates vote for one of two finalist candidates. In case the party accepts the terms proposed by Johnson, it remains to be resolved what will happen to the cabinet after the cascade of resignations. One possibility that opens up is to offer the resigners the possibility of returning to their posts for a “patriotic” issue or the entry of new politicians, who they would accept as a government transition.

However, some ‘tory’ members advocate a transfer of the reins of power with immediate effect and the appointment of a temporary prime minister. That role could fall to Dominic Raab, current Minister of Justice and number two of the Executive, who replaced Johnson when he was hospitalized with Covid-19, among other occasions. “We need a new leader as soon as possible. Someone who can rebuild trust, heal the country and set a new, reasonable and consistent economic plan to help families,” tweeted Business and Energy Minister Kwasi Kwarteng.

On the other hand, the opposition celebrated the demolition of the prime minister and criticized the delay of the talkers in dealing the blow. “He has never been able to rule. He is responsible for lies, scandals and fraud on an industrial scale. All his accomplices should be ashamed, ”said Labor leader Keir Starmer. The Liberal Democrat leader, Ed Davey, agreed that the conservatives “have been supporting” Johnson for too long, when he urged “focus on the cost of living crisis.”

Meanwhile, the British pound rallied on currency markets, rising 0.6% against the dollar and 0.3% against the euro as Johnson’s resignation was announced.

Thu Jul 7 , 2022
The report provides an in-depth analysis of the cryptocurrency market. It also outlines the five forces that shape the industry and explain how they may affect a given market. These forces include new entrants, substitutes, buyers, suppliers, and threats. Understanding how these factors affect a market will help you determine […] 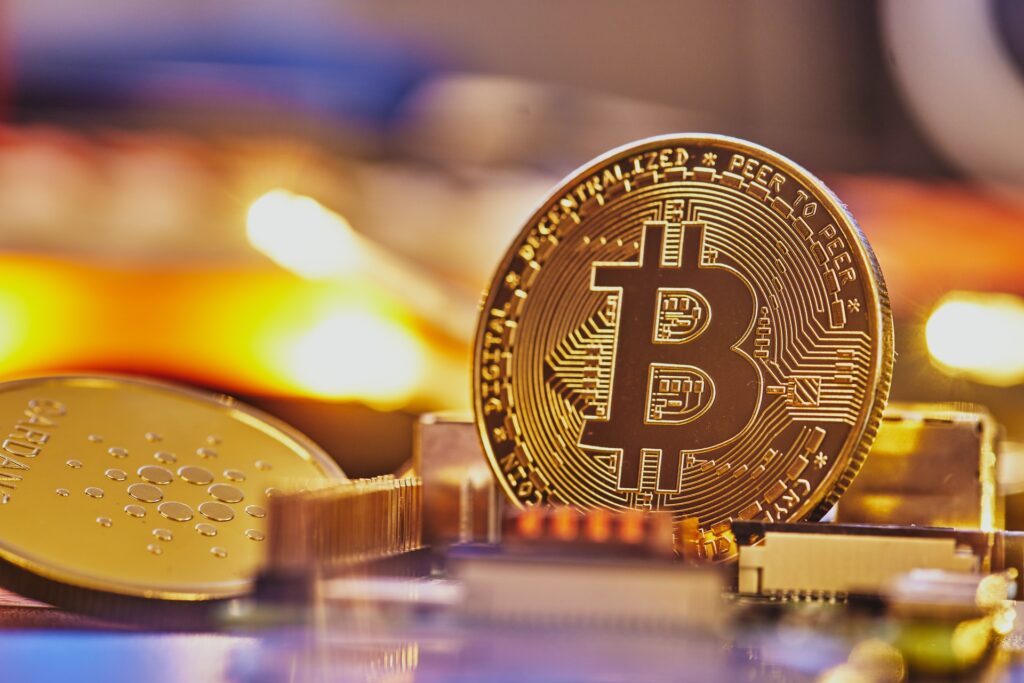