The British Prime Minister will continue to lead the Government, although he receives a severe punishment from the Conservative parliamentarians

The British Prime Minister, Boris Johnson, will continue as head of government after obtaining a victory in the confidence vote of the conservative parliamentary group by 211 votes against 148. The ‘premier’ discovered on Monday night that the size of the discomfort about his conduct and style of governing is very remarkable. However, and true to his character, his first statements were to highlight the “convincing” victory that will allow the Executive “to move on to something else.” The parliamentary group and the Conservative Party are deeply divided, although the ‘premier’ also found an answer to that: «Of course, I understand that what we have to do now is unite as a government, as a party. And that’s exactly what we can do now.”

The parliamentary group in the House of Commons put Johnson’s continuity to a vote after at least 54 party deputies sent their individual petition to Sir Graham Brady, chairman of the 1922 Committee that regulates this type of voting. In recent weeks there had been speculation about the total card count of the rebel deputies as new details became known about the controversial illegal parties during the pandemic in which the ‘premier’ participated despite contravening health safety regulations.

Critics’ defiance of the British leader created a feverish atmosphere at the Palace of Westminster. If 180 deputies – a simple majority of seats – voted against him, the defeated leader would continue as head of government until elections are held for the new leader of the Conservative Party. But he could not stand for re-election. Johnson was confident of victory.

The prime minister has suffered discredit for the ‘partygate’ revelations, and for his evasiveness in the face of accusations of having participated in illegal gatherings and parties during the pandemic, despite the evidence. Numerous deputies are also dissatisfied with the prediction given by the electoral polls about their seats. The confused direction of the Government adds discomfort to all this.

The number of letters would have increased after the publication of the report on the ‘partygate’ of the official Sue Gray two weeks ago. Johnson argued in Parliament that it is the “essential duty” of leadership to join in dismissals of his aides to keep their morale high by appreciating his efforts. Since that function was part of his job, he was not breaking the law. In a meeting with the deputies of his party to ask them for his vote, Johnson affirmed yesterday that he would act again in the same way.

In that same meeting, the prime minister – who, as a result of his election as head of government, does not exercise his profession as a journalist – encouraged his colleagues to vote for him and thus “put an end to the focus on the leadership of the conservative party promoted by the media”. He also highlighted his role in the pandemic and in the war in Ukraine, and guaranteed them that they will win the next elections. “I am going to guide you to victory again and the victors will once again be the people of this country,” he exclaimed.

Johnson and his wife, Carrie, were booed Friday as they arrived at St. Paul’s Cathedral to attend the Jubilee religious ceremony. The polls say that in two local elections to be held on the 23rd to replace conservative deputies, the ‘Tory’ candidates could be defeated. They also predict that the party would lose an election if it were held today.

The immediacy of the vote of confidence benefited Johnson, who has a greater apparatus of collaborators to incite support, while the rebels seemed disorganized. British media published statements by parliamentarians who claimed that the prime minister was promising positions to get votes. But a secret election can give surprises. Because the vote of the representatives of the Chamber, carried out in a room where parliamentary committees meet, was developed in this way and after the recount all the ballots will be destroyed. However, on Monday night, at the time the ballot box closed, 155 deputies broke their anonymity and publicly announced that they were voting for Johnson and 43 that they withdrew their confidence in him.

Government ministers proclaimed loyalty to their boss. A group of millionaires, donors to the Conservatives, also signed a letter of support for the leader. The pound rose on the stock market, on the expectation of political clarity. A poll by the Tory publication ‘Conservative Home’ showed a slim majority of party members in favor of Johnson being unseated.

While his colleagues discussed his immediate political future, the prime minister had a telephone conversation with the Ukrainian president, Volódimir Zelenski, with whom he has established a close friendship due to his support for the resistance since the beginning of the Russian invasion. The British leader informed him of the possibility of sending a new military aid package to the Ukrainian forces shortly.

Although other British leaders have been unseated in wartime in the past, both Johnson and his team have used the war as an argument that this was not the right time to bring down the prime minister.

The rebels who have called for his resignation since January are party veterans and deputies elected for the first time in 2019, ‘Brexiters’ and supporters of remaining in the EU, from the south of England and the north. In principle, the prime minister’s victory means that the confidence vote could not be repeated next year. However, Brady pointed out that the rules could be changed to allow a new vote of confidence.

Johnson’s victory does not heal the division in the parliamentary group and in the party. Recent conservative governments have fallen due to the confrontation of factions with different visions of the relationship with the European Union. The resignation of Margaret Thatcher in 1990, the defeat of John Major in 1997, the resignation of David Cameron in 2016 and that of Theresa May in 2019 are associated with the European dispute within the party. There are such divisions today, but the split focuses this time on the personality and governing style of the prime minister. 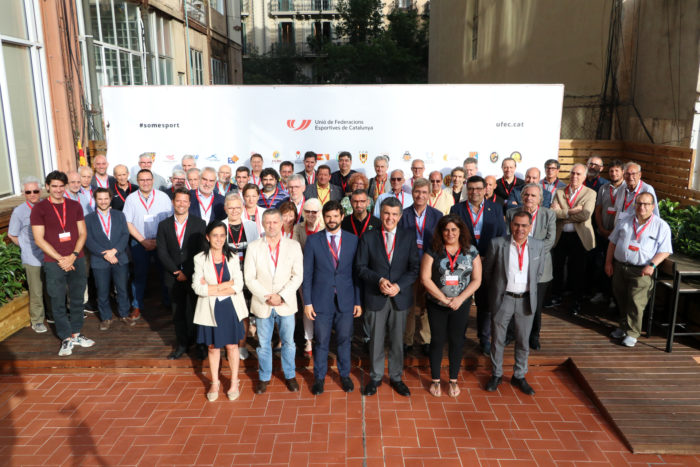