President Jair Bolsonaro (PL), candidate for reelection, began his commitments this Wednesday (7), day of the Bicentennial of the Independence of Brazil, with speeches in a campaign tone and repeating the defense of freedom and calling on the population to go to the streets.

Such a stance has been advised by the president’s political allies, who are trying to broaden their support base within less than a month of the elections and avoid agendas of confrontation with other Powers and that may alienate new voters.

In an early interview with TV Brasil, Bolsonaro said that patriotism had resurfaced in the country during his government, listed the government’s achievements in the area of ​​the economy and called on supporters to be present in the September 7 acts.

“Today we already have one of the cheapest gasoline in the world. We have the biggest social project in the world: the R$ 600 from Auxílio Brasil. We take water to the Northeast. Today, we include those until recently excluded, obviously, on the market, with the PIX. More than 100 million people have PIX. A government that also gave a letter of manumission to more than 1 million young people who had debts with Fies, forgiving 99% of their debts. A government that calmed the countryside, titling the settlers,” he said.

“The Brazilian people who are taking to the streets today to celebrate 200 years of independence and an eternity of freedom, what is at stake is our freedom, our future. The population knows that it is the one that guides us in our decisions. So, everyone in Brazil: come to the streets, there’s still time, in green and yellow, the colors of our flag, to celebrate and celebrate the land where we live. (…) Brazil above all and God above all”, he said, repeating the slogan of his campaign in 2018.

Earlier, at breakfast with ministers and allies at the Paládio da Alvorada, Bolsonaro cited several moments of tension or democratic rupture, such as the 1964 coup itself, and said that “history can repeat itself”.

“We are here because we believe in our people, and our people believe in God. I am sure that, with perseverance, doing everything we can do (…), we will continue to be proud of the future we will leave for these children who are there”, he added.

Before the start of the parade on the Esplanada dos Ministérios, Bolsonaro paraded in an open car leaving the Palácio da Alvorada and then walked to the stands where he would accompany the ceremony close to the people, waving to those present.

At one point, he broke the security protocol and went to greet the people who were on the guardrail − scenes recorded by the campaign team for his reelection for possible use in advertising.

In the audience, there were shouts of “Lula, thief” and “our flag will never be red”, this last line was even sung by first lady Michelle Bolsonaro discreetly.

The Federal Public Ministry opened an investigation to demand that the government adopt measures to prevent official acts and the civic-military parade on the occasion of the 7th of September from being confused with party-political acts.

Bolsonaro accompanied the beginning of the ceremony alongside his wife, the president of Portugal, Marcelo Rebelo de Sousa and other authorities. He also had by his side the Bolsonarista businessman Luciano Hang, who was invited by the Chief Executive to participate in the act after being the target, weeks ago, of a search and seizure operation authorized by the Minister of the Federal Supreme Court (STF) Alexandre de Moraes, disaffected by the president.

The presidents of the National Congress, Senator Rodrigo Pacheco (PSD-MG), of the Chamber of Deputies, Arthur Lira (PP-AL) – ally of the president −, and of the Supreme, Luiz Fux, did not participate in the ceremony.

During the parade, on a cloudy sky day after days of intense heat and dry air, there was already an overflight of the smoke squadron. There was also an unusual parade of 28 trucks, a sector that has given strong support to the government.

Google Killed These 6 Great Services, And We're Still Missing One

Wed Sep 7 , 2022
At this time, most users make almost constant use of a series of platforms, applications and services of the search giant. Here we can mention some of the importance of Google Maps, gmail, Chrome and many others. But as we told you, over the years many of these platforms that […] 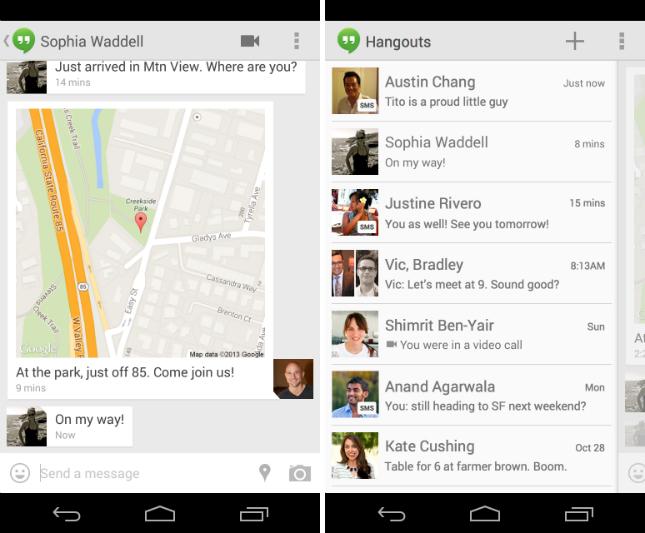