As more and more users read about Blockchain technology, questions about how these systems work, and what to know about them, are also multiplying.But not all the questions have to do with the most complex issues, rather almost everyone wants to know what Blockchain is about and why it is so important beforehand.

Although little by little we are learning more about her, for some she is still an illustrious stranger. Called to dominate the world for the next few years, Blockchain technology continues to be offered, as a complicated concept for some peopleand that is why we are going to approach it from a different point of view.

To do this, we are going to use a comment from the user and columnist @gaurav02 on HackerNoon, who tells his own experience with a person who was not very clear about what Blockchain is about and how another tried to explain using the most specific description or definition that he had heard so far.

All this happened during his attendance at a series of conferences on the subject, in which he tried to elucidate certain aspects around the Blockchain that are not entirely clear to the majority, starting, of course, from the proper functioning of these systemsincreasingly relevant to understanding the current world.

The shortest possible definition of Blockchain

On your PC, you (a “node”) have a file of transactions (a “ledger”). The identical file is on the computers of two government accountants (let’s call them “miners”). Your computer sends an email to each accountant as soon as you complete a transaction.

All accountants rush to be the first to see if they can afford it
(and get paid their salary in “Bitcoins”). The first to examine and confirm presses “REPLY ALL”, adding their reasoning to the transaction verification (“proof of work”). If the other counter agrees, everyone’s file is updated.

This is the definition that @gaurav02 essays about Blockchain, and probably one of the best we have seen. The situation may consider many other edges, that is also true, but we do not forget them either.

Is it more complex than that?

As we said before, there is no doubt that this and any technology cannot be explained in 100 words. Even so, Those 100 words may be the main ones when it comes to understanding the thousands that are coming. Simplistic probably for many, we believe that the above is a very well explained concept.

We can add more information about it as, in a conventional environment, trusted third parties operate as intermediaries of these financial transactions. If you’ve ever transferred money internationally, you’ll know that it goes through an intermediary (usually a bank), so it’s not much different. to that operation.

It will usually take up to three days and the broker will charge a fee to do so. Whether in the form of exchange rate conversion or other fees. The original Blockchain is an open source technology that offers an alternative to the usual intermediary for Bitcoin transfers and the like. The middle man is replaced by community verification of the ecosystem, which offers unprecedented traceability, security, and speed.

There are numerous copies of “nodes” in a network that function as transaction executors and miners at the same time in the above scenario (a “public blockchain”). Before being uploaded to the Blockchain, transactions are grouped into blocks. Miners are paid in Bitcoin for the time it takes to figure out if a transaction is genuine and what mathematical key to use to link the block of transactions to the correct location.

But it is essential to know that the “awarded” miners will decrease every four years until the creation of Bitcoin ceases, something that should not happen until the year 2140 and that will force, then, to look for the Blockchain in Ether, along with the other cryptocurrencies in which has enormous significance this technological notion.

Thu Mar 24 , 2022
Fernando Paris is the president of Fagde since April 2021 (24-3-2022) Fagde defines the strategic plan that it has approved for the period 2022-2025 in four major objectives. The entity prepares a battery of 30 measures, actions and projects to achieve these challenges. Fagde defines his goals. The Federation of […] 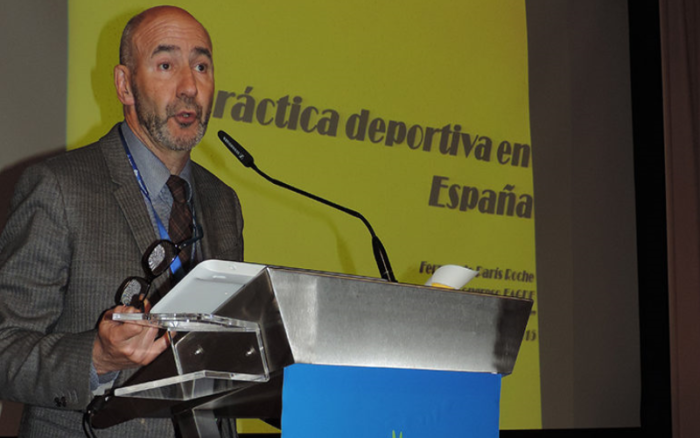