THREE STORES The Bizzis chain has three bicycle shops located in the Community of Madrid.

(7-7-2022). The owner of the Madrid chain Bizzis, Nazario Fernández, maintains that “the bicycle sector has weathered past economic crises very well, but the current inflation, which has not been seen since the 1980s, is going to affect the sale of bicycles.”

From the chain of bicycle shops, Bizzis, its head, Nazario Fernández points out that “this crisis is going to affect us more than any other. Purchasing power has fallen and the fan does not have a budget to allocate it to bikes or accessories”

Faced with this situation, the retailer considers that each store must be aware of “what its place is and adapt to the situation assuming flat growth and even losses.” The retailer advises that specialized establishments adapt their expenses and objectives to the situation because “it would be a shame if they closed stores.”

2% growth in the first half

The Madrid chain, which has three establishments, has closed the first semester with a turnover of 600,000 euros, 2% above the same period of the previous year.

The retailer is not dissatisfied because “although it is sad” its forecast for 2022 is zero growth and, in fact, the stock it has guaranteed for this year only allows it to match results.

In addition, Fernández states that “according to the behavior of June there is not much hope that demand will improve in the second half.” The retailer explains that last June, a month that is usually the best of the year, they observed great pessimism among customers and noted how “they have turned off the spending tap, not only their budget for the bicycle but in all expenses not essential, which is understandable when we see that even a watermelon costs 8 euros today”.

“There is a type of hobbyist who has already allocated a budget for his bike and when he receives his salary at the end of the month, he goes to the bike shop to see what is new and buy something… That type of customer is the first that has suffered with inflation. We are seeing that the budget for whims has run out”, explains Fernández. Specifically, the sale of textiles is completely stagnant because “everyone has a pair of shorts that can last one more summer”.

In this scenario, the chain’s workshops, which bill around 40% of income, are dedicating themselves to “survival and emergency mechanics”. In other words, fans are postponing any improvements to their bikes, such as a change of fork or wheels, and are limited to replacing components such as tires, chains or transmissions when there is no other choice.

The retailer highlights that the sale of bikes is maintained thanks to the stock that the chain has managed to accumulate, which allows sales to be completed immediately, without delay. Fernández recalls that there are still fans who could not buy the bike they wanted, due to product shortages, and throughout this year they are finally able to make the purchase.

As Fernández explains, the sale of road bicycles has increased considerably, which used to represent 5% of the total in his business, due to the existing shortage in the market, since no brand has stocks due to the lack of groups of 12 speeds. The retailer assures that there are many people going around all the stores looking for road bikes.

With stock of bikes until November

The chain is receiving scheduled orders on time and, since there is currently no option for replacements, it is buying as many extra bikes as possible. However, the retailer calculates that by November it will have consumed most of its stock.

Thus, Fernández states that the billing at the end of the year will depend both on the evolution of the economic situation in the coming months and on whether some model of the 2023 schedule may arrive at the end of the year. The retailer is not very optimistic about this but reiterates that “today having stock or not is what allows you to grow”.

On the other hand, Fernández recalls that, given the increase in the price of most products, bicycles have not increased in price this year, but next year there will be an adjustment that will put a further brake on sales.

The retailer states that “the bikes of 2023 are practically the same as the current ones, the manufacturers do not present any innovation, some brands do not even change the color, but the prices do go up.”

Boris Johnson throws in the towel 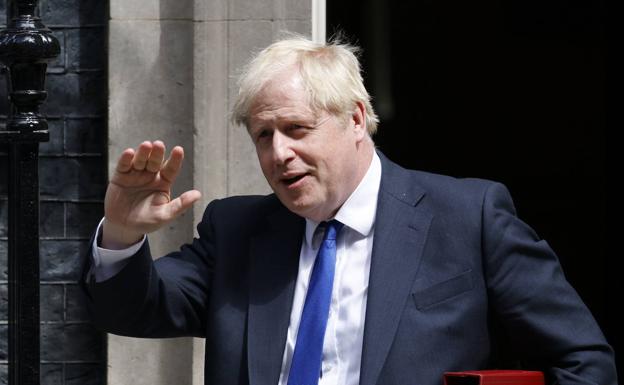