When Joe Biden became president in January 2020, he made it clear that his priority would be to end the wars in the Middle East and pivot US foreign policy towards Asia, but it has taken him a year and a half to set foot on the continent. The Russian invasion of Ukraine, which US intelligence had already anticipated since last spring, forced him to change course. With the visit beginning this Friday in South Korea, the White House wants to make it clear that it has not lost focus.

“There is so much of the future of the world that is going to be written here, in the Indo-Pacific, in the coming decades,” he said on arrival on Friday. “We are at a turning point in history where the decisions we make will have a far-reaching impact on the world we leave our children,” he insisted.

Nor does North Korea want to lose presence in the interests of the White House. Before leaving, the White House National Security Adviser, Jake Sullivan, confirmed to the press that US Intelligence anticipates the “genuine” possibility that the Government will launch long-range ballistic missile tests, or even nuclear ones, during the visit. from the president to the continent. This would force the US president to give him an answer and put it on his agenda. “We are prepared for any contingency that such a situation could cause, both in Korea and in Japan,” Sullivan added.

Biden will not be far from the missile, as happened to UN Secretary General António Guterres when Russia took advantage of his visit to kyiv to attack the city. In such a case, the US president will have to reassure his allies and guarantee their commitment to the security of their countries.

The tour that began on Friday in South Korea has the argument of strengthening ties with two governments that have new leaders, in addition to attending the Quad summit, which will be held in Japan with the participation of Australia and India. The background is economic, not only because that is China’s imperialist weapon, but because Biden seeks to attract jobs to the US, as evidenced by the fact that the Secretary of Commerce, Gina Raimondo, accompanies him.

To do this, it has begun by starting an investment commitment from Samsung, “one of the three companies in the world that manufactures the most advanced microchips just a few nanometers thick,” he said this Friday when visiting his facilities in Seoul. The multinational will add 3,000 jobs in the technology sector to the plant it has in Texas, which will be added to the 20,000 employees it already has throughout the country.

In addition, Samsung will help Biden in his plans to boost clean energy and fight climate change by partnering with US-based Stellantis to make electric car batteries.

On the political side, Ukraine will pursue Biden on this trip, given the need to raise allies for that war that, broadly speaking, only has the Western Hemisphere. By allowing himself this change of focus, the president is also showing Russia that he is not overly concerned with the course of the war for which Congress has just approved $40 billion. According to sources from the ‘Washington Post’, the White House is also finalizing a reconciliation visit to Saudi Arabia, a country that could balance the energy needs that Russia leaves in the world.

F45 draws on US military to command its new franchises

Sat May 21 , 2022
Following the launch of the F45 After program for US military veterans, the chain has received 2,500 applications from this group to open an F45 gym franchise. (20-5-2022). F45 has launched a program for active and retired US military to become franchisees of the gym chain. In addition, it is […] 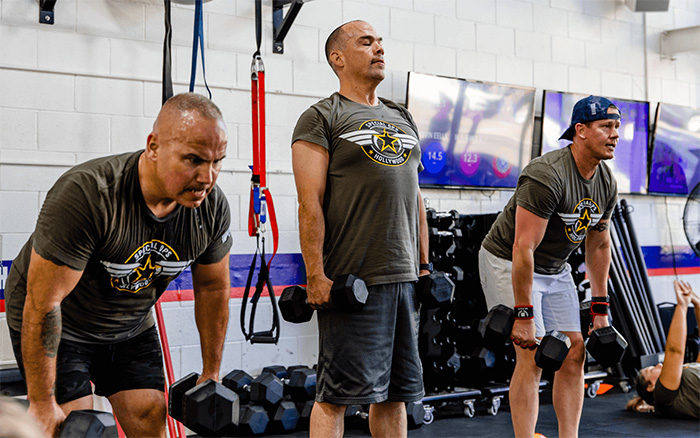