Israel’s military operation in the Gaza Strip resulted in 44 deaths, including 15 children. 360 people were injured and more than 1,600 houses destroyed.

On Sunday 7 August at 23:30 local time, the ceasefire, mediated by Egypt, came into force, which temporarily put an end to the operation Breaking dawn, with which theIsraeli air force bombed the Gaza Strip for three days. To date, the death toll amounts to 45 dead – including 16 children – more than 360 injured, more than 1,600 residences destroyed and an incalculable number of displaced persons. On the Israeli side, three citizens were slightly injured.

🔴 #Gaza
After the Israeli airstrikes, our on-site teams have donated pharmaceuticals for the operating rooms and emergency rooms of area hospitals and are evaluating the impact of what happened on the health system. pic.twitter.com/tcekq1BoQg

Where does Israel’s operation in the Gaza Strip come from?

On 2 August, the Israeli army arrested Bassam al-Saadi, a senior executive in Jenin Palestinian islamic jihad (Pij) in West Bank, in a raid that killed several Palestinian youths. The armed movement immediately threatened reprisals against Israelbut in reality in the following days he had not reacted: neither the Pij nor the Hamas organization intend to drag Gaza into the umpteenth military offensive.

Israeli forces have militarized further the border with Gaza: troops were sent to the border, the access routes to the Strip, when the communication routes are closed, the supply of electricity, but above all begins a propaganda campaign aimed at citizens living in the southern portion of Israel, who are imposed a curfew. As Israeli Haaretz journalist Gideon Levy told Al Jazeera, the population was alarmed even though they didn’t know what was happening in the area.

Although there was no military action from Gaza, on 5 August the Israeli air force began bombing various areas of the Strip, from Jabalia refugee camp in the north, to that of Rafah, in the south, on the border with Egypt, despite the condemnation by the United Nations. After three days of siege, hospitals in the Strip found themselves without medical supplies and electricity to help the population. In response, the Pij launched hundreds of rockets towards Israel – almost all blocked by the Iron Dome system, Israel’s anti-missile shield – and three Israeli citizens were slightly injured.

The political motivations of Operation Breaking Dawn are to be found in two issues on the agenda: on the one hand, the will to repress the Palestinian resistance groups and Israeli internal politics.

Israeli focus has shifted from Jenin to Gaza

The objective of the offensive on Gaza was not in fact to neutralize Hamas targets, well established in the area, but to hit the Pij, present mainly in the West Bank. Hence the impression that the war on Palestinian resistance movements, armed and unarmed, has shifted from Jenin to Gaza. Last week the aforementioned arrest of al-Saadi; last April, an Israeli raid into the Jenin resulted in the death of one Palestinian and the wounding of thirteen others. Later in the same month, another operation has killed a Palestinian teenager and wounded three others. On 11 May, Al Jazeera journalist Shireen Abu Akleh was killed while covering events on the ground, arousing condemnation from much of the international community.

The Israeli bombing of Gaza killed 45 people in 3 days, including 15 children. If the frame of the Italian propaganda were the same as the war in Ukraine, simple logic would dictate the immediate sending of weapons to the Palestinians for the right to self-defense. pic.twitter.com/uZ6lHi2GPx

But the attacks did not stop there: in June, about 30 Israeli military vehicles raided the camp and soldiers surrounded a car in the eastern part of the city, opening fire on the four men inside. Three died and the fourth was seriously injured. Israel’s military operations in Jenin allow it to undermine control of the safety and the credibility ofPalestinian Authority in the eyes of its own population, as the Fatah leadership fails to protect the most vulnerable citizens. 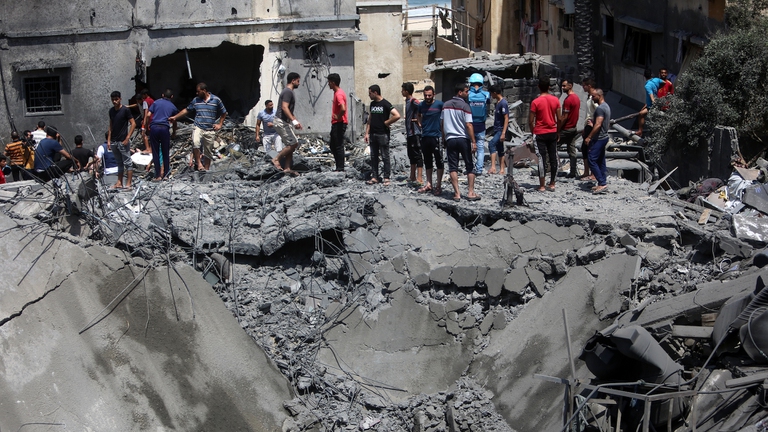 The numerous operations have caused fear a large-scale Israeli invasion of the Jenin refugee camp. Instead, Israel has decided to attack Gaza, mainly due to the geographical condition of the area: an area of ​​365 square kilometers in which more than 2 million people live in segregation with no way out.

Another piece necessary to understand the choice of Tel Aviv to start this offensive we find it in Israeli internal politics. Indeed, a few weeks ago, Naftali Bennett’s government fell, leading the country to the polls for the fifth time in three and a half years. In his place, at the helm of the interim executive, is the Foreign Minister Yair Lapidexpression of the center-left party Yesh Atid.

As of August 2, the closure of #Gaza’s borders has jeopardized the entry of essential medicines and medical supplies and led to a severe fuel shortage.

According to the latest polls, the former prime minister Benjamin Netanyahu is ahead in the polls, and this would have led Lapid to quickly organize the offensive on Gaza. Aware of how the Israeli population feels the need to have a strong man in power, who protects the nation, whenever a government crisis arises, the incumbent premier has decided to attack the Palestinians. As happened, for example, in May 2021, when Netanyahu ordered the bombing of the Strip following the post-election crisis. In short, as has often been the case for decades, the Israeli electoral campaign has been running on the Palestinians’ skin under occupation.

Mon Sep 12 , 2022
Three out of four respondents worldwide see technological progress as the key to fighting climate change. This is what emerged from the Bosch Tech Compass survey presented at Ces 2022. Human beings generally respond with distrust to change. Changing people’s habits, even when the novelty brings obvious advantages, tends to […] 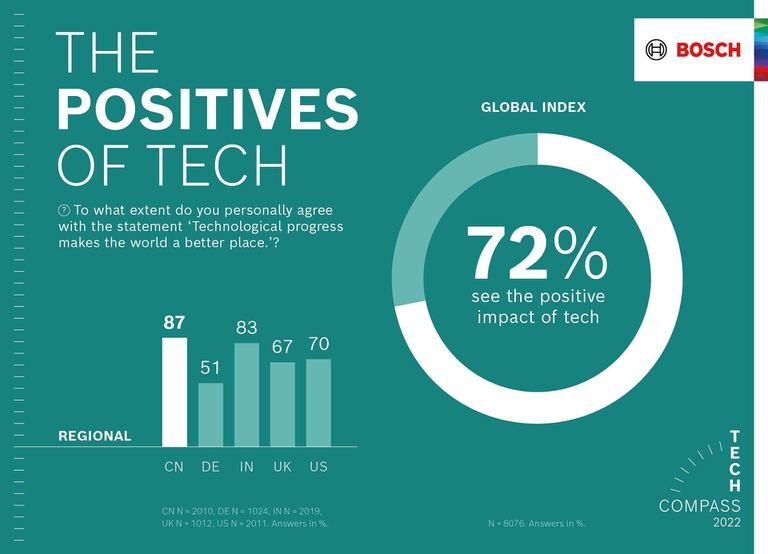