Zelensky foresees “an unimaginable number of victims” among the ruins of the complex, burned by missiles launched by aviation

The Ukrainian Prosecutor’s Office and the international forensic investigators who investigate the war crimes committed during the conflict now have a new case on their table. The Government of kyiv has denounced a missile bombardment against a shopping center where more than a thousand customers made their purchases. The president himself, Volodímir Zelenski, predicted on his social networks “an impossible number of victims to imagine”, although at the end of this Monday, when the fire was still consuming the facilities, only fourteen bodies had been recovered and evacuated to centers about twenty wounded, more than half in critical condition.

The umpteenth tragedy that Ukraine has been experiencing since Russia violated its borders on February 24 took place in an area initially isolated from the war front. Kremenchuk, an industrial city of just over 200,000 inhabitants located in the Poltava region, lived through the conflict with some calm until around 3:30 p.m. yesterday when two X-22 missiles launched from a Tu-22 M3 long-range bomber hit the facilities of a very popular superstore in the area and at that time full of consumers.

The initial shock soon gave way to chaos as the flames took over the compound while its occupants tried to flee in a disorganized manner. The relief units did not arrive until half an hour later, as confirmed by the head of the regional military administration, Dmitry Lunin. He was the first to calculate the dimension of the drama, speaking of a high number of victims.

An hour and a half later Zelensky used his social networks to make a more negative assessment by talking about a hellish scenario in the Amstor shopping complex, while broadcasting images of the establishment engulfed by a large fire from which large columns of smoke rose to stage the level of destruction. He immediately accused Moscow of attacking an enclave with no military interest of any kind, where hundreds of people were trying to lead “a normal life” outside the conflict that has ravaged the country for more than four months. At kyiv’s request, the UN Security Council has announced that it will meet this Tuesday to discuss the latest Russian attacks against civilians.

➡️Zelenski says that the center has been hit by several missiles and criticizes that it has no military interest: “The number of victims is impossible to imagine” https://t.co/zLe5Ka8Vr2pic.twitter.com/zNimfuJRC8

Several more hours passed, already when the sun was hiding, until we had the first official data. At least fourteen bodies had been recovered and some forty people had been rescued alive. All wounds, nine of them serious. The health authorities called for blood to be donated quickly to help the most urgent cases.

The following statements were announced for this Tuesday, when it is expected that the rubble of the shopping center can be reviewed once the flames have completely disappeared. The work of 130 workers from the emergency services and twenty vehicles arriving from Cherkasi, Kirovohrad and the capital, kyiv, was expected to bear fruit during the past morning, in which a “difficult situation” was expected, according to Lunin. in statements collected by the Ukrainian television Kolo. “The Police, the National Guard and the Army were in charge of the rescue work” in a building of 10,300 square meters.

In Lunin’s view, the Russian attack had “no other purpose than to terrorize the Ukrainians.” “It is a civil place where peaceful citizens come to shop. It is becoming increasingly clear that Russia’s goal is the genocide of the Ukrainians! », he stated.

The Ukrainian Air Force reported that the Russian plane that carried out the bombing departed from the Shaikivka base in the Kursk region. It used missiles designed in the days of the Soviet Union, in the early 1950s. Being an outdated weapon, it has a margin of error of one kilometer. “It could have hit anywhere,” as military scholar Mikhailo Samus told Radio Liberty. For this reason, it is considered that the use of this type of projectile “is terrorism”. “It is not designed to hit a specific target. Its use in cities and residential areas supposes a simple desire to kill people », he reproached.

The adviser to the head of the Ukrainian Ministry of the Interior, Vadim Denisenko, for his part, said he had detected a change in tactics in the Russian Army by opting for harsher attacks against cities through missiles launched from the air by aviation. “Now they have begun to use dozens of shells at the same time, even up to 20,” he said. His theory was confirmed shortly after, when it became known that another Russian bombardment had left 8 dead and 21 wounded in the city of Lysychansk.

Tue Jun 28 , 2022
For the development of the activity with the implemented system, the Arsenal Group has relied on Fit4Life to train the technical team of its facilities. (28-6-2022). The Arsenal Group has launched a new concept of boutique-style directed activity, developed together with the Fit4Life team, and which receives the name of […] 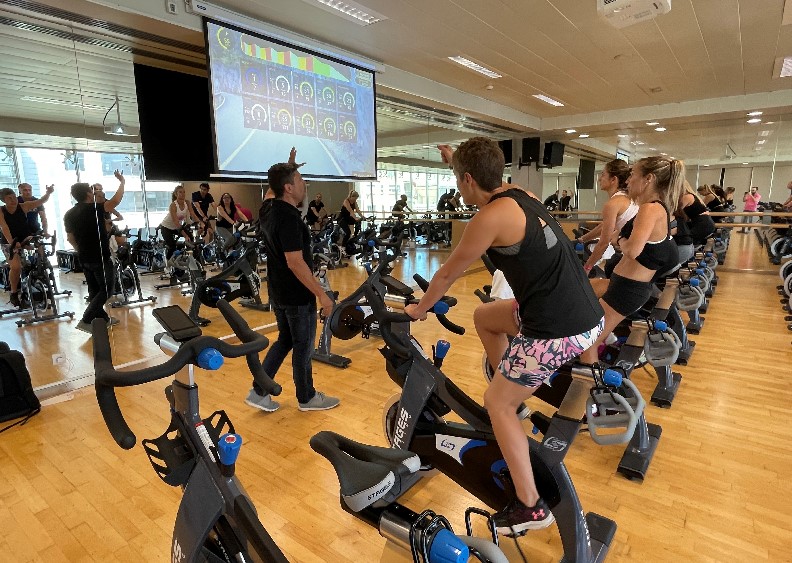