anonymous has announced in a video broadcast on the Internet that it is preparing to launch a wave of cyberattacks against Islamic State after the attacks that killed at least 129 people on November 13 in Paris.

A man with the mask Guy Fawke has indicated that the members of the Islamic State, which claimed responsibility for the Paris attacks, are “parasites“and has ensured that Anonymous will persecute them.”These attacks cannot go unpunished“, the man in the video assured in French.

“We are going to launch the largest operation ever launched against you. Expect many cyberattacks. war has been declared. Get ready,” the man assured, without giving details about the attacks. “We do not forgive or forget“, he added. Anonymous is an international network of cyber activists that has claimed many attacks on the Internet.

Sat Feb 19 , 2022
Two women walk in front of a policeman at the Stanitsa Luganska border checkpoint to cross from Ukrainian territory to the territory of the self-proclaimed Republic of Lugansk. /EP Donetsk and Lugansk decree general mobilization while intensifying the evacuation of the population to Russia The leaders of the two rebel […] 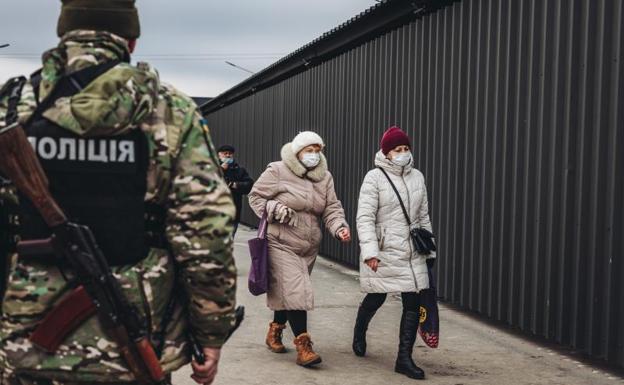