The vandalism group Anonymous has claimed responsibility for the attack carried out early this Saturday against 663 websites of Israeli authorities and companies, including those of the Government, the Ministry of Foreign Affairs and the Bank of Jerusalem. In an infamous statement, calling Israel’s actions “barbaric, brutal and despicable treatment” and “unrelenting evil” – but not devoting a single line to the actions of the Hamas terrorists whose rockets launched against the Israeli civilian population have provoked the Israeli response–, the group threatens the Israeli Army and Government with “knowing the wrath of Anonymous”.

“They have no fleet, no army or air force. There is no war in Gaza. This is just Israel’s continued execution of military force in an attempt to kick every last person out of the Palestinian state,” the statement said, in an effort of voluntary blindness difficult to match. After all, it is Hamas that in its own statutes defines its goal of expel all Jews from Israel and the impossibility of a peaceful solution, while the Jewish State not only does not have a similar intention but has unilaterally withdrawn from Gaza.

Among the 663 websites attacked by the vandalism group Anonymous there are also the liberal Kadima party, the Tel Aviv City Council, tourism and clothing companies, and pro-government blogs. While in some cases the attack has consisted of taking down the websites using DDOS, in others they have preferred to deface the website, that is, the replacement of the web page with their own, with messages such as “This attack is in response to injustice against the Palestinian people”.

Although in the statement they cite the intention of the Israeli government to cut off communications from Gaza as an excuse for this latest round of attacks, the truth is that on previous occasions Anonymous has not needed to find reasons. In late August this year, for example, they altered the front pages of several Israeli websites within the so-called #OpIsrael. If in the statement they assure that “all the evil governments that have faced our fury”, it should be noted that the Government of Gaza, exercised by Hamas after a coup d’état, has not received any attack by Anonymous.

Wed Feb 23 , 2022
(23-2-2022). Coplefc has presented some allegations to the Department of Education of the Catalan Generalitat for the proposed draft school curriculum, in which physical education has a testimonial weight. The Official Association of Graduates in Physical Education and Sports of Catalonia, Coplefc, has sent a series of allegations to the […] 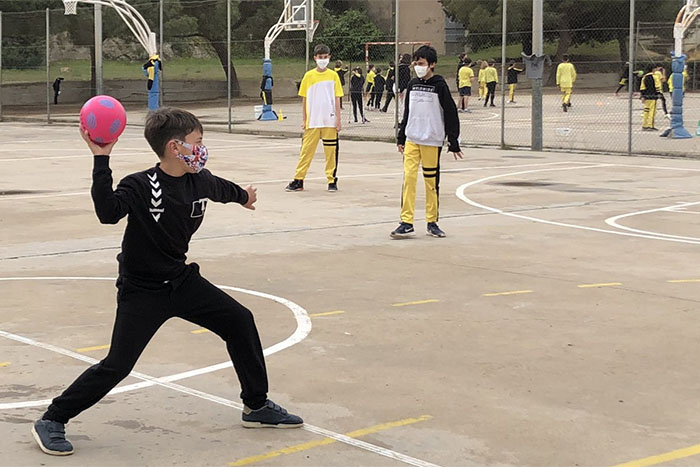