(8-7-2022). Andrew Higginson will officially be the new president of JD Sports starting next Monday. The manager, who had previously been president of the Morrisons and Tesco supermarket chains, succeeds Peter Cowgill, who was fired last May after a series of missteps.

JD Sports has appointed veteran retailer Andrew Higginson as its new chairman, replacing Peter Cowgill, who was ousted last May after a series of performances that were poorly appraised by the brand’s ownership.

Andrew Higginson has chaired the board of directors of the Morrisons supermarket chain since 2015 and worked at said brand until it was absorbed by the private equity firm CD&R in November last year.

The new chairman of JD Sports was also a director of the Tesco supermarket chain and previously had finance and business roles at Unilever, Guinness, Laura Ashley and Burton.

JD Sports interim chairman Helen Ashton has stated that Higginson “stands out as the best candidate” thanks to his “extensive’” experience on the board and his “strong track record in international retail”.

Andrew Higginson has stated that “having closely followed JD’s success over the years, I see it as an exceptional business with a strong strategic position”.

The imminent president of JD Sports added that “the company’s Board has clearly addressed its governance and risk management structure, and I look forward to working with it and its senior management team, including our new CEO once appointed. I want to bring my experience to market and capitalize on the strength of the brands, market positions and channels, including the global network of retail stores.”

Fri Jul 8 , 2022
A woman cries in the Japanese town of Nara for the death of Shinzo Abe. / AFP The assassination of the former prime minister represents a “challenge to parliamentary democracy” and to a society with severe weapons legislation Almost 62 years ago, Japan witnessed the assassination of Inejirō Asanuma, the […] 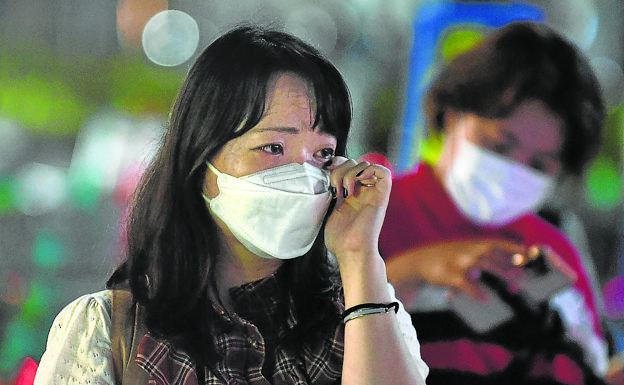