Starting in August 2022, new apps submitted to Google will need to use the Android App Bundle (.aab) format.The positive for us is that the apps weigh a little less and it will be easier to download them.This means that even Google will save a lot of resources in terms of bandwidth.It was in 2018 when Google presented a new way to load applications in the Play Store: Android App Bundle (.aab). Currently it is a requirement for all requests that are sent to Google; that is why we are going to talk about everything about Android application packages. As you may be imagining, unless we are developers, we are not going to see very significant changes. This will affect more those people, groups or companies that are dedicated to the development of applications. However, we are going to talk about absolutely everything, how it works, the advantages and disadvantages, etc. Although actually for those who have a low or limited data plan. Even for those with a slow connection, they will benefit from downloads being a little lighter or smaller. Obviously if the downloads are lighter or smaller, the download times end up being shorter. Which at the end of the day can make a big difference. So this article is intended for both users and developers.

What is the .aab format?

The .aab extension is Android App Bundle (AAB). If you have ever downloaded files outside of the Google store, then it is very likely that you already know that the applications format is .apk. But when we download an application from the Play Store, we do not go through anything similar. We simply click the install button and that’s it, we have to wait, everything is done automatically and we do not see, nor are we part of the installation process. In May 2018, Google introduced the .aab format and thousands of applications are already using it, including some of the largest developers in the industry such as Adobe and Gameloft. In the case of APK files, they are designed to group everything that a device requires to be able to run an application in a single package, which we can install. But, if we further analyze an APK file; we are going to find several things that actually they are not required to run the application. To give you an example, a person who only speaks Spanish and who installs an application may not need all the languages ​​and the fact that it includes several translations is totally unnecessary extra weight. APK files have various things inside that are not really necessary. The .aab format solves this problem. After a developer finishes testing their application; you can package it into one large file that contains everything you need to make it run on every device. The file is then sent to Google for approval and upload to the Play Store. But the internet giant can transform it into an application that only has the assets and files that are needed to run on our specific device. Obviously, if it were not because we are reading about this topic, we would not find out anything because the application was in a “Normal” .apk format and we would never know that something changed. But the positive of this for the normal user, for the vast majority of us, basically. Is that we can save a few MBObviously for those people who don’t download too many apps, they may not notice much of a difference. However, for those who, if they do, a few MB saved between several apps are noticed, especially if we use mobile data or our Wi-Fi is slow. Another thing that we must bear in mind is that Google itself will save on resources. Imagine that there are millions of Android users downloading applications every day from the store. Take 200MB and multiply it by 1,500,000 users. Obviously that bandwidth savings would make a huge difference, even for a company like Google.

For an application to be able to run on our Android device, it has to be digitally signed by the developer who created it. The signature is verified every time the app is executed or has to be updated, if these things are not checked, it cannot be executed, less update. Since .aab packages are transformed into cloud-installable .apk files, Google handles the signing. Which means that the developer must accept that Google give him a key when the app is developed through the developer software or the developer himself must give Google his signing key. We must bear in mind that the signing keys are actually something fundamental for the security of the application and of us. Before the idea of ​​.aab came on the table, developers were told to never leave them out of their possession because if it were, someone else could impersonate them in terms of app development. How would it affect us? If a third party has a signing key for an app, they could perform a malicious update to infect devices and no one will notice. Luckily, the chances of this happening are too low, now Google may have a little more control, more than it already had. However, there are many developers who are concerned about this issue. Many people are also concerned that the Play Store is only starting to support the .aab format. Even third-party app stores are going to have to face quite a challenge to be able to adopt this new format. To try to solve this kind of situation, Google made it so that a developer can download an apk from the app signed with the appropriate key through the Google Play Developer Console whenever they want, even if the app is not published. Possibly, we should start worrying about him excessive control that Google has over Android. However, most users are satisfied with the work done. Android App Bundle, arrives to give Google more control, but it will also allow us to make smaller downloads, saving resources, both for the user and for Google. Share it with your friends!

Sat Aug 28 , 2021
We live in an age where we love to watch videos, practically all internet content can be found in this format. On some occasions we may need or want to save one that we have seen and it can be very useful. What should we do? Choose between any of […] 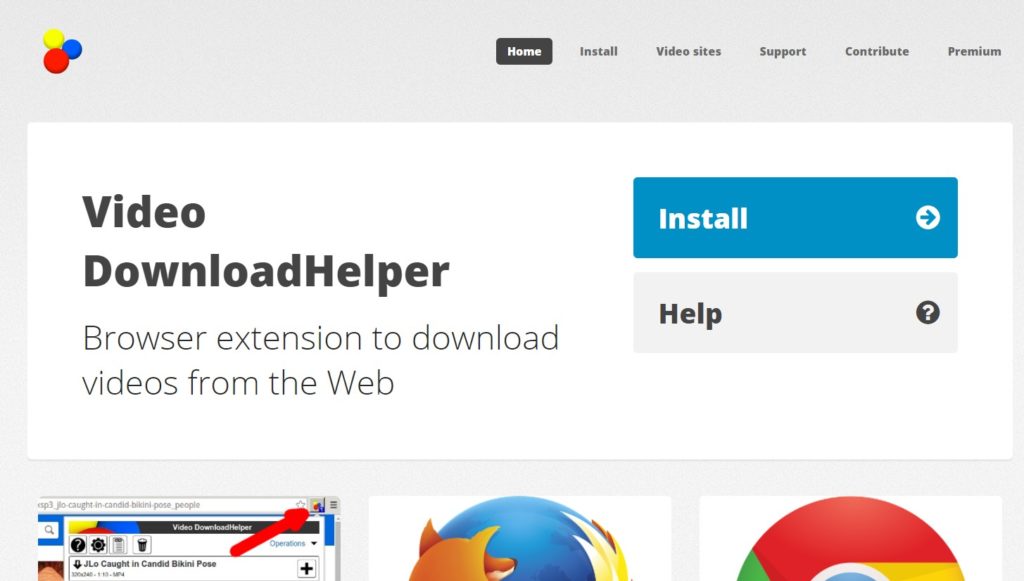