52% of the electorate has participated in the event. / ef

Under the shock of his assassination, the victory of his party in the elections to the Upper House gives him the majority necessary to reform the pacifist Constitution

Under the shock caused by the assassination of former Prime Minister Shinzo Abe, but also a strong unity in the face of violence, Japan voted this Sunday in the elections for the Upper House of Parliament. With 125 of its 248 seats at stake, these triennial elections were not only a revalidation for the government of Prime Minister Fumio Kishida, elected last year, but also a litmus test for his planned reform of the pacifist Constitution, an idea born by Abe who could not finish by resigning in 2020 due to his health problems.

Winning this battle even after death, Abe’s Liberal Democratic Party (LDP) has achieved a landslide victory that, together with its coalition partners, gives it the two-thirds majority needed to carry out such reform. Adding more than 166 seats in the Upper House together with its partners from the Buddhist Komeito party and two opposition parties in favor of revision, the ruling party also has a majority in the Lower House and will finally be able to do what Abe had longed for: to reform for the first time the Constitution imposed by the United States in 1947.

With a marked pacifist character to prevent Japan from repeating the horrors of World War II, this Constitution expressly renounces warmongering and prohibits the Army, called the Self-Defense Forces, from going abroad. Due to the threat from North Korea, the rise of China and the territorial disputes with Russia, exacerbated after the war in Ukraine, the Japanese government intends to amend Article 9 to become “a normal country” whose Army, called as such, can come to the aid of its allies, read the US, in case of conflict.

In addition to opposition from Japanese pacifist groups, this revision has met with criticism from the Asian countries that suffered most from Japanese militarism, especially China and South Korea.

But, in the face of growing international tension, the electorate has not only backed the government’s intentions, but has even mobilized further after Abe’s assassination. Compared to the participation of 48.8% in the elections to the Upper House of 2019, in this appointment it has reached 52%, according to the Kyodo news agency.

This increase is due precisely to the attack that cost the life of the former prime minister on Friday. Since it became known that he had been shot dead by a former military man named Tetsuya Yamagami, both the government and the opposition have called on voters to go to the polls en masse to express their rejection of violence. Although the murderer has confessed that he killed Abe because he blamed him for having supported a religious group to which his mother donated all her money, not for political reasons, these elections have been the answer of democracy against terrorism, whatever the type be. And, as if he were a samurai transcript of Cid Campeador, they have given Shinzo Abe his last victory even after he died.

collapse of the main opposition

Kishida and his allies would win between 69 and 83 seats. The projections allow us to see the collapse of the main opposition to the Japanese prime minister, represented in the main Constitutional Democratic Party, which will remain in about twelve seats, a score less. The emerging conservative Initiatives from Japan is also forecast to win at least ten (previously six), while the Communist Party will win three seats and the leftist Reiwa Shinsengumi one.

These results represent support for the Kishida government just nine months after the last elections. It is not, however, for the leader of Initiatives from Japan, Matsui Ichiro, who, despite his improvement in figures, presented his resignation this Sunday as head of training after explaining that the results were not all that good that they expected in front of an “exceedingly powerful” member of the PLD.

Ichida, who had announced before the elections that he would retire from politics in April 2023 – when his term as mayor of Osaka ends – has criticized the “old” politics of Kishida’s party, whose proposals “do not work in the current Japan’s aging and shrinking population situation.

Mon Jul 11 , 2022
Cannabigerol, or CBD, is a type of hemp oil that is very popular among medical marijuana patients. While not a cure-all for all medical conditions, it is effective in treating a few. People with epilepsy and inflammatory bowel disease, glaucoma, bacterial infections, and bladder dysfunction can benefit from CBD. When […] 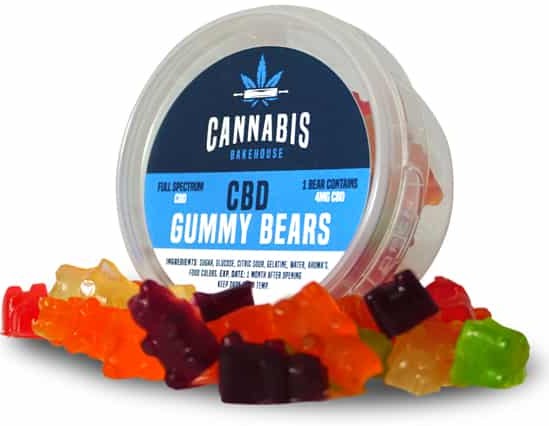