Vladimir Putin, during the telematic meeting this Wednesday with his Government. / Reuters

In the third week of invasion; On the 21st day of the Russian onslaught on Ukraine, the world seemed to caress a kind of “serious” advance in the negotiations that Moscow and kyiv are holding to try to reach a ceasefire. That didn’t stop the attacks though. The devilish inertia was maintained with destruction, missiles and at least 10 civilians killed in a bread queue in Chernigov or the bombing of a theater that served as a refuge in Mariupol.

Contradictory. But the negotiation did not break. Dialectic marked his way in the morning. Especially the Russian one, with a Sergei Lavrov, foreign minister, who elevated texts such as “the agreement is close” or “is being seriously discussed” to the rank of global headline.

Something to which he added that the alleged face to face between Volodímir Zelenski and Vladimir Putin was possible, although only “to reach an agreement”. The message being not new, between the lines it did remain that, reluctantly, Moscow seemed resigned to considering Zelensky as a legitimate interlocutor for the conflict to write an agreed end. Statement that he made in an appearance together with his Turkish counterpart Mevlut Cavusoglu, visiting Moscow. Cavusoglu stepped in and stressed that his country “is ready to host that summit.”

The general feeling is that, on the evolution of the negotiations, the official message from the Kremlin was more in tune this Wednesday than on previous occasions. Zelensky himself argued, in fact, that they were being “more realistic.” Although “difficult”. One of the keys? The step that he himself took the day before, on Tuesday, with that speech to the nation in which he unequivocally renounced his country joining the Atlantic Alliance. He had been claiming it as a sovereign right. But “it is clear to us that we cannot enter NATO,” he sentenced resignedly.

As in any negotiation the devil is in the details, this Wednesday there was no warning of an imminent resolution. Although yes a first runway. Moscow transferred that to dilute its security concerns about Ukraine (one of the pillars on which the Kremlin supports the story of the reason for its invasion), the invaded country had to commit to being “neutral”.

The Kremlin spokesman, Dmitri Peskov, was more specific and pointed to countries that could serve as an ‘example’ such as Austria or Sweden. The total renunciation of NATO (already assumed) together with the commitment not to host foreign bases or weapons in its territory should be consubstantial to this “status of neutrality”.

Sergey Lavrov. The Russian Foreign Minister spoke of a “serious discussion” and even ventured that “the agreement is close”

The Financial Times published in the afternoon a kind of draft, confirmed by three sources involved in the negotiation, in which reference was made to “fifteen points” among which were the aforementioned requirements. “Any agreement has to happen because the Russian troops leave Ukraine,” insisted Mijailo Pololiak. The presidential adviser who headed the Zelensky delegation at the table demanded that «Ukraine is in a direct war with Russia. Therefore, the model can only be Ukrainian, not Austrian or Swedish. It must also have a base of solid security guarantees.”

In other words, he explained, “this means that the signatories of these guarantees cannot remain on the sidelines in the event of an attack against Ukraine as is happening today and that they would actively participate in the conflict on the Ukrainian side, immediately supplying the necessary weapons.”

The thorniest points continue to be, in any case, those that are linked to Moscow’s territorial demands: annexation of Crimea and recognition of the independence of the two separatist regions of Donbas. And that, in reality, they are perceived as the Gordian knot of the negotiation.

Especially if Putin and his entourage could settle for sealing that ‘achievement’. Analysts took it for granted that his original objective on February 24, when he launched his troops on Ukraine, was precisely that: engulf strategic enclaves in the southeast and east of the country. That he settled for that is anyone’s guess. He has the key. And at the moment he does not turn it. This Wednesday he took advantage of a telematic meeting with his government on social policies to reaffirm his “justified” decision to have launched a bloody and destructive invasion against Ukraine. He insisted that the development of the war is a “success”, maintained his incendiary speech against kyiv and made it clear that the current campaign in Ukraine will continue, regardless of what the delegations trying to negotiate a cessation of hostilities may agree. . “We had no other option to ensure the security of Russia, except to carry out a special military operation.”

At this point he did not hesitate to underline that “all designated tasks will, of course, be carried out.” And he elaborated on that narrative about security guarantees “We will never allow Ukraine to serve as a base for aggressive actions against our country. The people of Russia know how to distinguish patriots from traitors », he added.

What does it mean when a file is damaged or corrupted?

Thu Mar 17 , 2022
Surely on more than one occasion, when trying to open a file you find that it is damaged and it is impossible to open it.There are programs capable of recovering damaged files or recovering bad sectors on the hard drive that also prevent us from executing programs or individual files.Additionally, […] 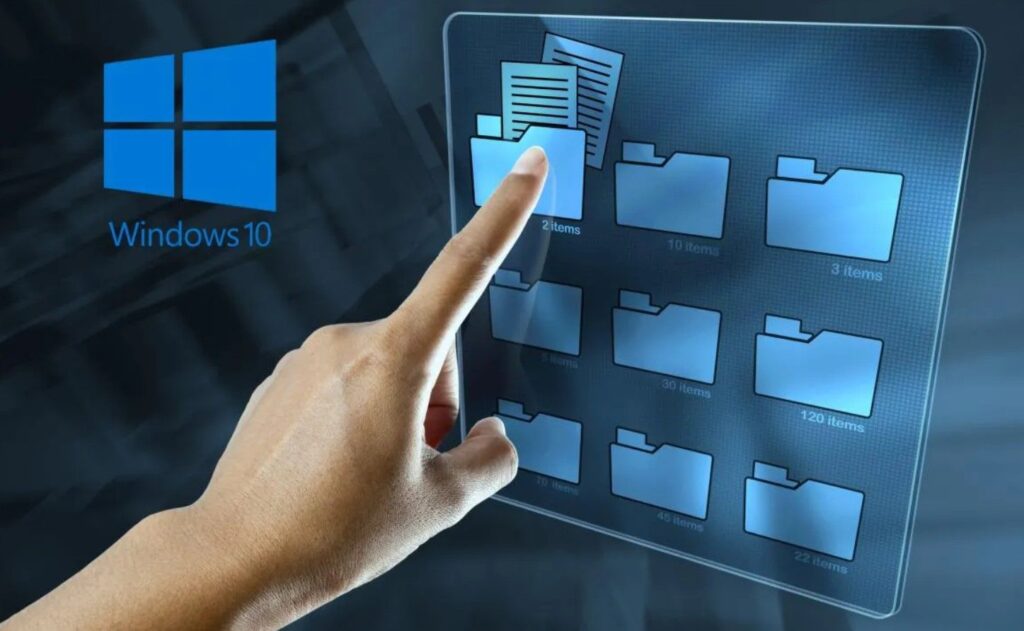