Girard-Perregaux is a watchmaking household with more than two generations of historical culture and heritage, making them one of the most sought after brands in the industry. You would be surprised at how many horologists, enthusiasts, and amateur fans swear by the quality of these fantastic pieces of art.

The Laureato, which translates to “graduate” in Italian, is a half-century-old collection that has aged surprisingly well despite the influx of countless innovations in watches and timepieces. The Laureato is the epitome of the dedication and passion of a company that aims to bring elegance, sophistication, and class to the world.

Many avid fans of the series were anticipating its timely return after the Girard Perregaux Laureato collection saw a hiatus. When the company finally announced its comeback in 2017, the watch market went abuzz with speculations and predictions. Despite having several limited-edition releases the previous year, the market was hungry for more units to be in stock as these watches sold out fast.

Taking a trip back to the 1970s, an explosion of technology and innovation shook the world market with a need for multi-purpose sport and luxury watches that could be worn anywhere. A unique design and distinctive feature package were what the general customer wanted as previously renowned watches all shared the same aesthetics.

Girard-Perregaux took notice of this and went to commission an architect from Milan to directly design a watch that would then be known as the Laureato. This would have to be one of the most unexpected combinations of design taste and ideology that any watchmaker has ever seen.

The original design for the Laureato followed a simple yet elegant look, having an octagonal element on the ring, making it so that a polygon seamlessly joins a circle. The reflections were managed to specifically show that light would bounce gently on the octagonal sides with soft lines instead of sharp ones and a harmonious partnership of convex and concave surfaces.

The perfect transition between case and metal bracelet showed appreciation for classical design, and technological transformation can co-exist in one watch. The celebration for the Laureato five years later in 1975 was nothing short of a legendary milestone for the company and the industry as a whole.

The fame and recognition Girard-Perregaux collected were because the Laureato was the first watch to embody a slim figure with Quartz movement. The innovation became an international standard that competitors and rising watchmakers would hold true for decades to come.

In 1984, the famed Laureato got its revamp, and with succeeding efforts to make research and development more accessible and more efficient, a mechanical movement became a reality in 1995. A Caliber 3000 was the heart of the first mechanical iteration of the watch. The EVO2 was bigger, more robust, and had a wider bezel compared to its predecessor. The EVO3 would eventually become a chronograph with complications.

Present and Into The Future

The creation of the Laureato was the inception of a watch as a global icon that shared the Girard-Perregaux mentality’s visionary genius. The household cannot be compared to anyone in the field, even with legendary brands like Audemars Piguet, Giovanni Panerai, and other notable figures.

The Laureato is a watch that will woo the hearts of watch aficionados for many years and stay relevant no matter the time period. You can’t say much about its future except that it will continue to sell faithfully to the market whether Girard-Perregaux decides to revise it or not.

If you haven’t seen or heard of the Girard-Perregaux Laureato yet, now is the time to educate yourself on one of the iconic watches in history and the company that changed the watchmaking standard as a whole. There can never be a perfect timepiece that pierces the hearts of many, but the Laureato might be the closest contender for that type of recognition, free of any prejudice or bias.

What Is the Importance Of SEO Gold Coast?

Thu Nov 26 , 2020
SEO is becoming important as more and more people use mobiles for searching websites that sell. Nowadays 57% of the searches are performed from Smartphones and Tablets. Search Engine Optimization is a  very important digital marketing tool, it is made up of a number of different elements, and when you […] 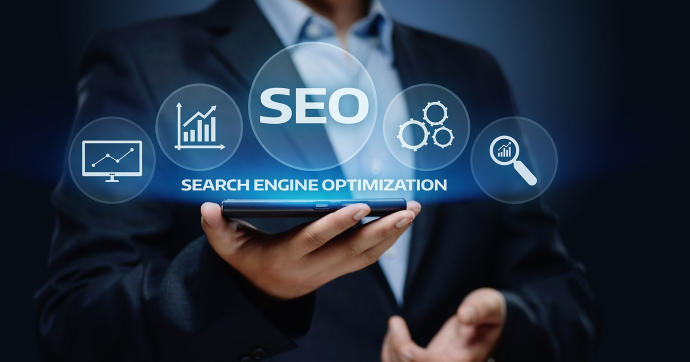