Travel and long-distance bus companies such as Flixbus and “deinbus.de” are suffering from a drop in demand. picture alliance / JOKER | Karl Heinz Hick

Politicians are concerned about the continuation of the nine-euro ticket for local and regional trains because the relief is scheduled to expire in five weeks.

The association, which is responsible for travel and long-distance bus companies, is complaining about a drop in demand from important customer groups.

For another five weeks, the government will relieve citizens with the nine-euro ticket for local and regional trains. There is already a struggle over the question of what will come after that. Because: The nine-euro ticket has been well received by the population.

Ricarda Lang, leader of the Greens, wrote on Twitter on Saturday of a “complete success” and advocated a “follow-up regulation”. When it comes to financing, the Greens are ready to talk about removing, as she writes, “environmentally harmful subsidies”.

In the “Tagesspiegel” she says in a text published on Saturday about the financing: “But it is also true: If we want to meet the current demand in the long term, the transport companies must be financially able to invest and expand the networks. That would be important steps towards social and climate-friendly mobility.” So far, Lang has left it open how this could be financed in concrete terms.

The Federal Association of German Bus Companies (bdo), on the other hand, said on Saturday that half of all travel and long-distance bus companies would suffer from the nine-euro ticket, according to a survey. In particular, for school and club trips, the organizers would hire a private bus company less often due to the cheap public transport tickets, it said.

For these two customer groups, demand from bus companies has fallen by more than half on average. In the case of seniors, the third important customer group, the industry even recorded a decline of more than two-thirds on average. The association is now demanding financial relief from politicians. 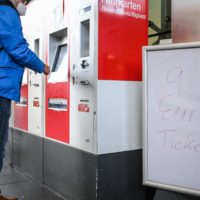 Sun Jul 24 , 2022
Wise Game Booster allows us to add any title to its My games section, so we can access them comfortably, as well as manage them and verify their information. It is true that the program does not perform miracles and we will not be able to play at a higher […]